An introduction to Mechanical Mod

In this blog we will be introducing you to the BASICS of mechanical mod usage.

Maintenance:
As we discussed in our forums there are multiple ways to clean a mechanical mod. Cleaning is a once a week thing in our recommendation. A well maintained mod is a powerful mod, you need to remove the patina to avoid voltage drop so that you can get the best performance from any mechanical mod you use.

Types of mechanical mod:
There are many types of mechcnical mods so lets break this section into the three most typically used types.

Single Battery Mech mod:
As the name says it is any mechanical mod using a single battery be it 18650 21700 20700 20650 18350 26650 there is only one battery, some feel that this is the best type as it is compact and still produces a lot of power, like the clutch mod we will continue discussions on builds in the build and battery safety portion.

Parallel mechanical mod:
The most typical configuration of this is 2 batteries side by side with the positive pin pointing upwards toward the atomizer. This type of dual battery mod is noted to be safer than a series and more powerful than a single battery mod.

Series Mechanical Mod:
Noted to be the most powerful of these three popular mechanical mod configurations.
A series is two batteries side by side with the positive pin of the first battery towards the atomizer and the second battery in a positive DOWN position, or stacked on top of eachother both positive towards the atomizer. With this we need to exercise extreme caution in doing our builds and battery knowledge. 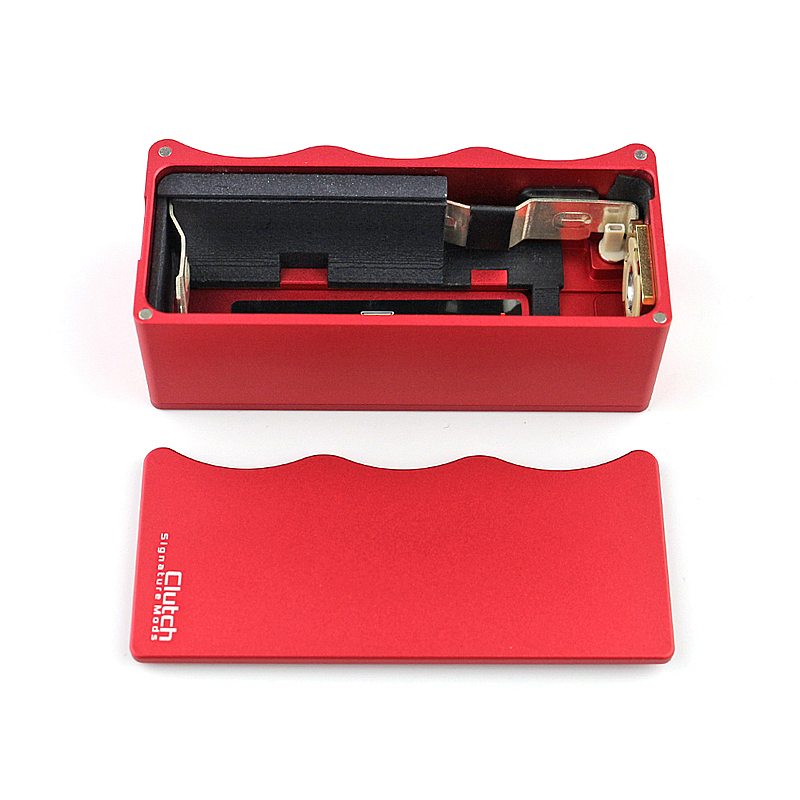 Safe Builds:
With this we come to how to safely build on your mechanical mod, this is so that you know the build is not over the ampere limits of your battery and for this we need to touch the basics of the Ohms law for the three types of mechanical mods here is the bare basic formula.

We will be using a Dual battery configuration in this example:
4.2v / .10 ohms = 42a (dangerous level for batteries under 30a)
then after getting 42a we divide by the number of batteries
42a / 2 (batteries used in a dual battery parallel mod) = 21a (safe now)

And Finally a Series mod:
Number of batteries x 4.2v (Volts) / by Resistance (ohms) = Amperes (A) this means the more batteries you are running the higher the voltage, KEEP IN MIND the more you use the more powerful yet the more dangerous this gets to miscalculate.

for this example were using a dual battery configuration (any more than 2 is just showing off)
2 batteries x 4.2v = 8.4v
then
8.4v / .35 ohms = 24a this build is the LOWEST safe build we can recommend on a series mod build lower at your own risk.

Battery safety:
And Finally one of the most important parts on this list. BATTERY SAFETY, keep in mind no matter what people say or the battery manufacturers try to convince you the MAXIMUM ampere draw on a battery is 30a at their best. To know what the TRUE ratings of the batteries are we recommend you check out the blogs of Mooch.

Never EVER go over a 30a build we would not recommend doing so. Do at your own risk. If you ever over amp your batteries you run two risks Thermal venting or Thermal expansion,

And ofcourse always check if there is damage to your battery wrap. If there is then it is best that you rewrap the battery immediately.

This being said please always check your batteries and builds.

Be the first to know about our products